Soldiers of the Black Watch who fell at Orcq, Belgium on 23rd October 1918
Special Service of Commemoration - Living Relative Appeal

On the 20th October 2018, the Village of Orcq near Tournai in Belgium will be holding a special series of events as tribute to the British soldiers who took part in its liberation in October 1918.  Living relatives of the 16 soldiers including 8 men of the Black Watch who were killed in action on the 23rd October 1918 have been invited to attend! 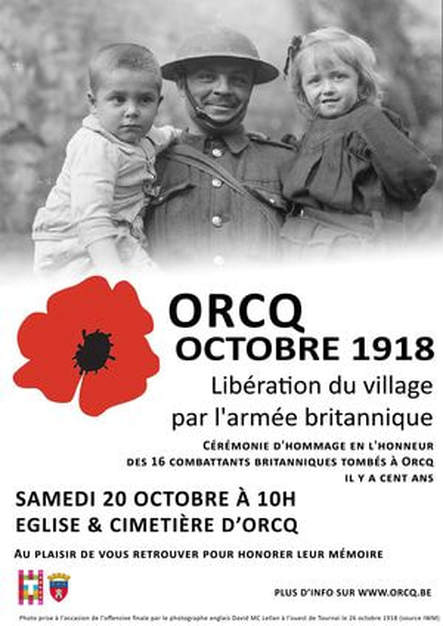 If you think you are a relative of the following soldiers please do get in touch using the form below:

Even if you are unable to attend the event, we would like to share the personal stories of these soldiers and their families that have been discovered as part of our research to help the appeal, so do, please do contact us.
Copyright © #AncestryHour Feb 2015